The Sun Trip is a showcase for new forms of mobility. Each adventurer is an ambassador of solar energy and eco-mobility, proving their efficiency and their humanist dimension.
Follow us
Sun Trip , Sun Trip: the world on solar bikes!
EN FR
ST Europe 2021

The 4th edition of The Sun Trip adventure will be European!
10,000 km of free riding, with 5 checkpoints to be respected by the 40 participants. 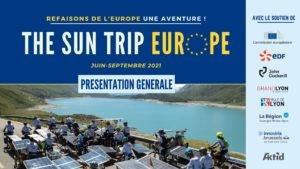 This video will be uptade regarding the new checkpoint #1 (Riga)

Key dates for the start

The Sun Trip Europe will start symbolically from Brussels on 15 June 2021, with the support of the European Commission and the Brussels authorities. The official start will take place in the European district (Ixelles), then the group will head for Leuven, where the real start will be given.

As a prelude, a great Lyon-Brussels prologue will be offered to the participants and fans of the Sun Trip (departure on June 1st), with the support of the city and the Metropolis of Lyon, also the official arrival city of the adventure!

The prologue will pass through Frankfurt on 9 June, then through Liège on 11 June. Then we will gather at the base camp in Brussels on 12, 13 and 14 June, with a series of public events to be announced shortly.

The main lines of the route

“Let’s make Europe an adventure again” is the bet we are proposing to the participants of this 4th edition of The Sun Trip adventure. This European project is not a backup plan, it is simply the project that the Sun Trip needed to relaunch itself on an international scale.

The Sun Trip Europe route will feature approximately 5 checkpoints, combining major European cities and high mountain locations. Between each checkpoint, participants are free to set their own course and must ride without assistance. It is specified that participants will not be able to ride at night.

It is specified that checkpoint #1 was initially planned in Stockholm (Sweden) but that it was decided on 26 April 2021 to change for Riga (Latvia), in order to avoid mandatory ferry crossing.

Passage through Sweden remains possible and all sea connections to the Baltic countries will be allowed.

We are proud to have mobilised more than 15 partners for this European project, private and institutional partners, both loyal and new to the adventure. In the context of the current crisis, their support is a real sign of commitment to the values of the Sun Trip. Thank you for your support! 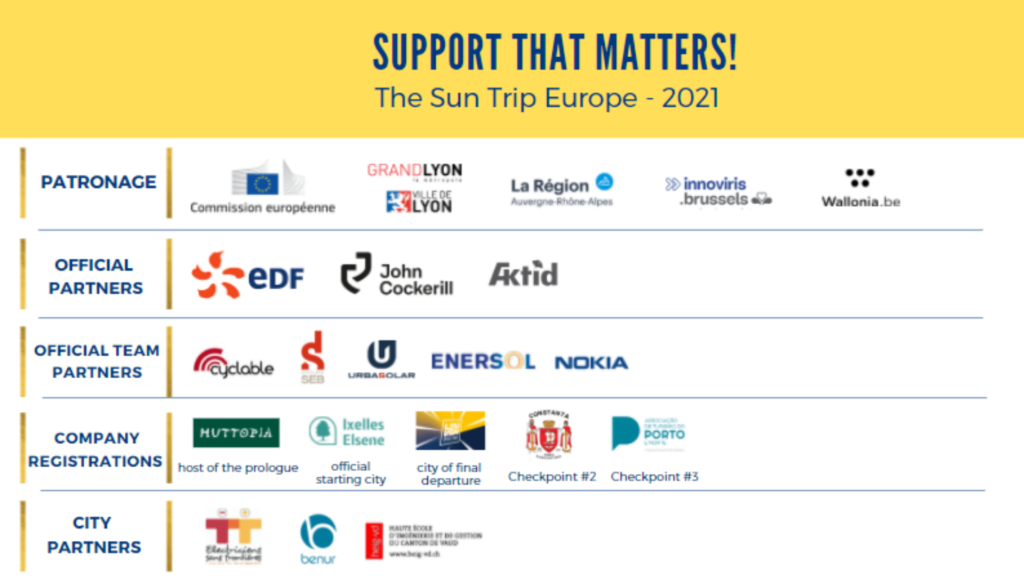 The context did not help! We have obviously lost many non-European prescripts. But the group remains dense, composed of nearly participants, as for the start of the Sun Trip 2018. Thank you for your trust and good luck to all. 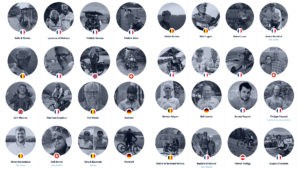 but you can still join the prologue by  : https://forms.gle/N1RwHbreAg58hsSe6 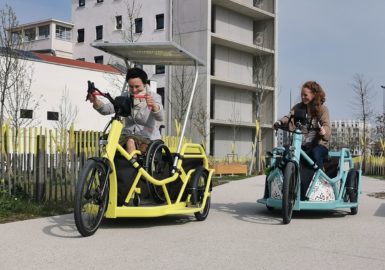 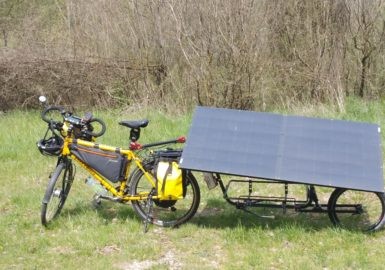 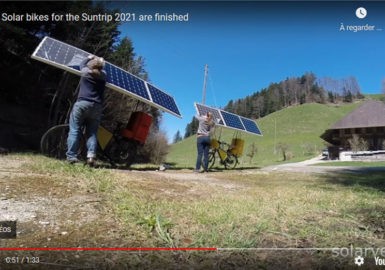 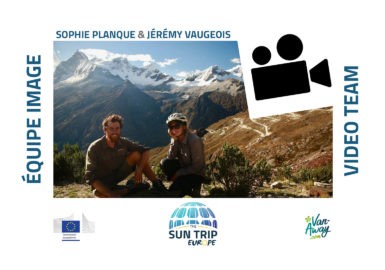 Sophie & Jérémy : our reporters!
23.04.21 - The Sun Trip
The organisation of the Sun Trip Europe is being finalised, depending on the uncertainties of the moment. The good news of the moment is the officiali...