The Sun Trip is a showcase for new forms of mobility. Each adventurer is an ambassador of solar energy and eco-mobility, proving their efficiency and their humanist dimension.
Follow us
Sun Trip , Sun Trip: the world on solar bikes!
EN FR
Live Map 2022

From May 31 to June 5, follow the news of the “Californian Sun Trip Meeting”, an event imagined to launch the dynamics of the Sun Trip in America.

The group is composed of 10 people, mainly Americans. Starting from Palo Alto, the participants will make a 500 miles loop, along the ocean and inland.

Our goal is to test the Sun Trip concept in the United States, and more specifically in California, in order to propose new adventures in the years to come.

D-1 before the start of the Sun Trip Californian Meeting. No real surprise the magic of solar cycling works perfectly here too 🇺🇸 Participants will be on a mission to inspire as many people as possible along the 500 mile course. An event held from May 31 to June 5, to kick off the Sun Trip concept in America.

From Palo Alto, with a departure in the presence of Mayor Pat Burt, to the Pacific Ocean, images of the first stage of the Sun Trip in California. The sun is there, but the wind and the unexpected too… Tomorrow the group takes the direction of the superb coastal road of Big Sur. 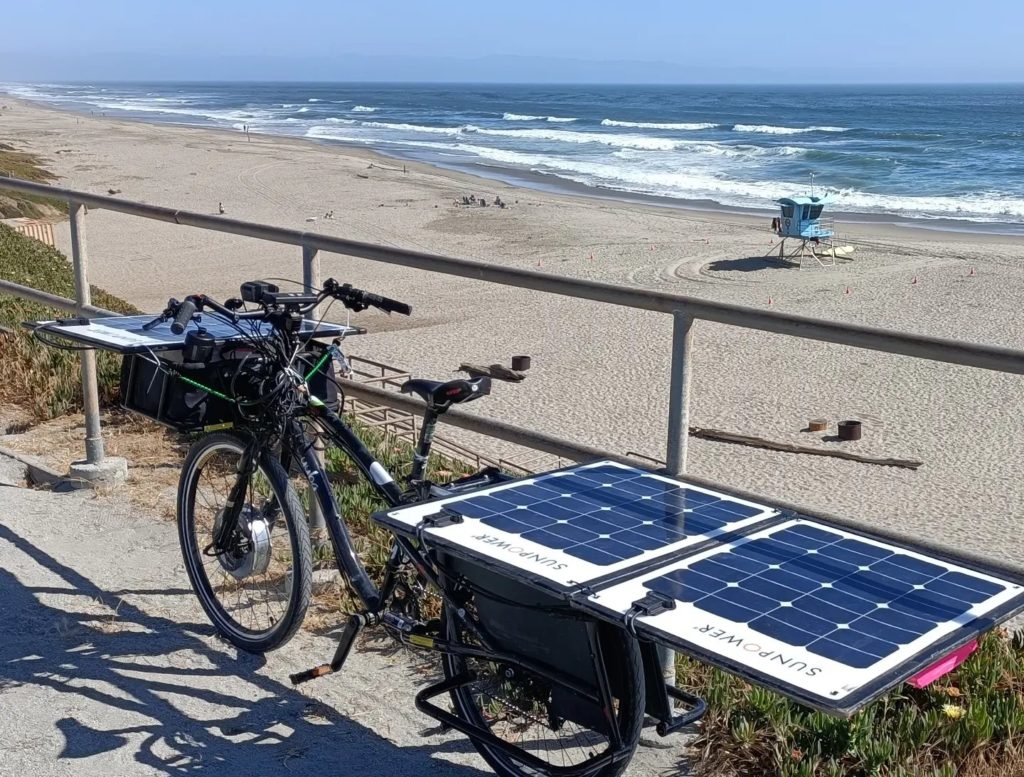 Stage #2 of the Sun Trip Californian Meeting, with a change of plan decided by the participants. Instead of continuing further south on Highway 1, the group took their time and toured the beauties of Monterey Bay, with largely favorable weather. A day at only 85 km, before tomorrow to take the direction of more desert areas 150 km inland.

Florian Bailly, Sun Trip founder, join this trip by bike. This the very first time he participates in the event he created in 2013! 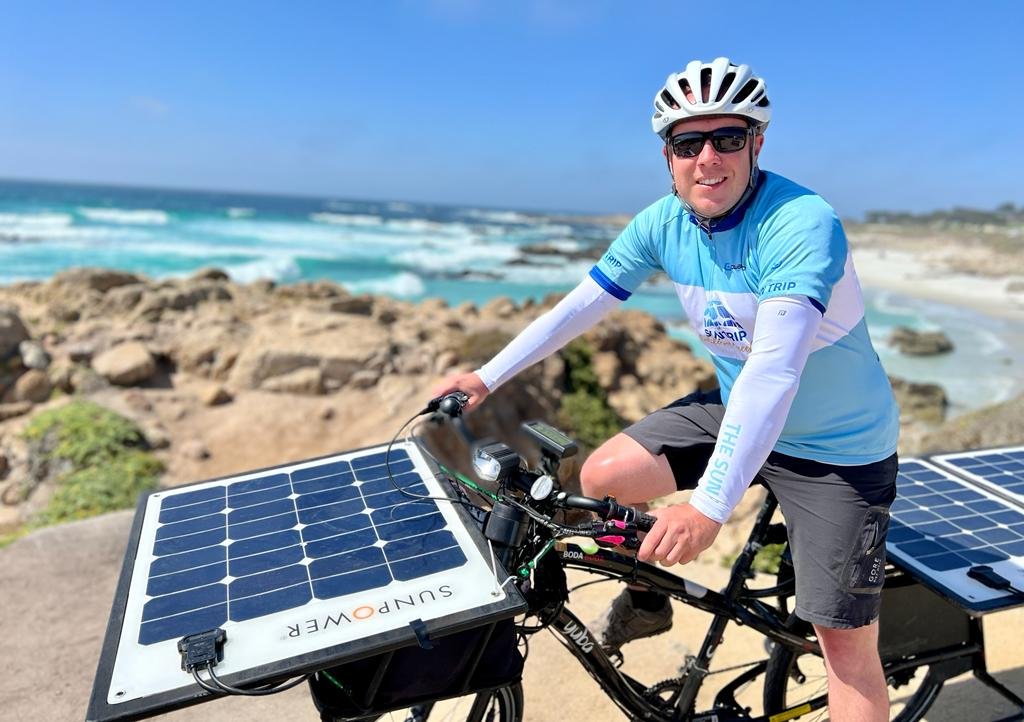 May 3th: back inland

Back inland for the 3rd leg of the Sun Trip California, with the highlight of the day being the forests of Mount Madonna Park.

Unfortunately the group lost one of its navigators today, in the person of Michael Joss, who burned out his engine at the beginning of the stage. Thanks again for your help and kindness Michael.

Tomorrow, we will return to Palo Alto for a last stage all together, before everyone goes back to their own way.

This Friday, June 4th will end the test of The Sun Trip in California, a special edition that I had the honor to launch earlier this week with Pat Burt, the mayor of Palo Alto.

Over 500 miles, the participants laid the foundations for the future development of The Sun Trip in the United States, from 2023, certainly once again in California, a land of sunshine, innovation and multiculturality.

This Sun Trip California 2022 was also for me the opportunity to return on a solar bike, 12 years after my France-Japan adventure, 9 years after the creation of the Sun Trip. It was an opportunity to reconnect with the fundamentals of my idea, to take a step back from the work I’ve done, and to become more aware that the efforts I’ve made have had an impact on the other side of the world. It’s a great honor.

The actors of this pioneer edition:

Thanks also to the French Sun Trip team, Léo Vidal and Nicolas Guzzo. They have been of a decisive help to make this American project possible. Thank you! 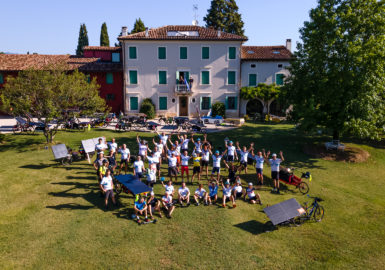 Etape 6 : Conegliano - Val Cenis
02.07.22 - The Sun Trip
Onwards to the penultimate stage The day after this remarkable stop, the group is on its way to Val Cenis in Savoie for the biggest stage of this Sun... 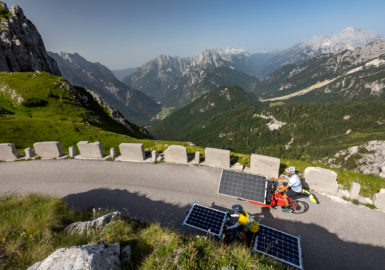 Stage 5 : Slovenia-Italia
01.07.22 - The Sun Trip
This stage between Slovenia and Italy started with a day of break around the Slovenian lakes, towards Bled. A day to rest, to tinker and to pre... 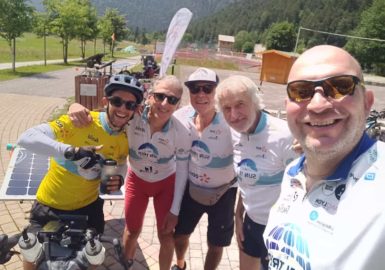 Best of photos participants
30.06.22 - The Sun Trip
Find on this page our selection of photos taken by the SunTripers throughout their adventure. A mix of landscapes, moments of life, sorrows and joys..... 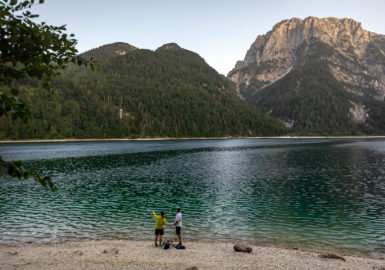 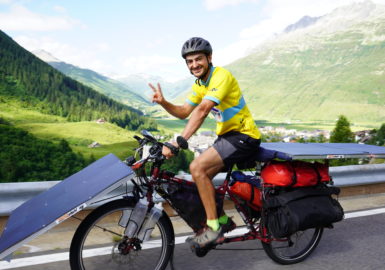 Stage 3 : Andermatt - Innsbruck
23.06.22 - The Sun Trip
The start of the 3rd stage was given on Thursday, June 23 at 10 am. The peloton stayed together between Andermatt and Disentis, over the Oberalp pass....