The support of the NGO “Electrical Workers Without Borders”

As every year, we are keen to involve associations from all kinds in our Sun Trip projects.
For this 2021 European edition, we are proud to be able to count on the involvement of Electriciens sans frontières!

Electriciens sans frontières, an international solidarity NGO, has been fighting since 1986 against the inequalities of access to electricity and water in the world. With the support of 1200 volunteers and in partnership with local actors, they promote economic and human development by using renewable energies.

The NGO will be an actor at the start of the prologue in Lyon in June, then will be represented throughout the 2021 adventure thanks to the suntriper Philippe PASSARD who has come straight from the Midi Pyrénées, and will also be present at the official times, and…

We wish them good luck and invite you to support the action of Electriciens sans frontières!

A few words from the President :

“Nearly 1 billion people in the world do not have access to electricity, despite the fact that it is a formidable factor in human and economic development. Without access to electricity, it is difficult to take care of oneself, to have access to quality water, to study, to create economic activities, to secure the streets… To satisfy their energy needs while fighting against climate change, the use of renewable energies is crucial! This is why the projects carried out by Electrical Workers Without Borders volunteers are focused on using the energy provided by the sun or by waterways.

The Sun Trip Europe, with its committed participants on their solar bikes, acts as an ambassador for renewable energies, promoting climate solidarity that is inseparable from energy solidarity.

As a promoter of clean energy and alternative mobility, the Sun Trip shows that an energy transition is possible right now, which is in line with the struggle led by our NGO for universal access to energy and against climate change.

It is with pleasure that we are taking part in this project alongside Philippe Passard”. 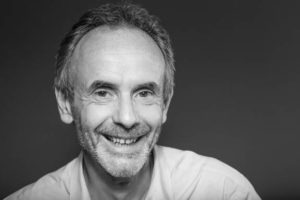