After the Baltic Sea, the Black Sea, the Alps, the Sierra Nevada, here is the Atlantic Ocean, all in less than 28 days! Porto is the most western point of the Sun Trip Europe and it is the last checkpoint of the adventure.

By passing at 10:30 am (local time) Jean-Marc Dubouloz seems to have taken a clear advantage over Emil Barbut. The latter passed at 2pm and still seems to be slowed down by some technical problems. However, everything remains open on the road to the finish in Lyon, with nearly 2000 km still on the program and potentially quite a few mountains to cross.

Reaction of Jean-Marc Dubouloz on his Facebook page :
“The stages from Pico Veleta were very hard. Portugal is very hilly! Only 2000 km left, I will cross Spain again to stay in good weather. It’s time for this to stop!”

“I had some problems with my rear wheel, I’ll have to fix it here before I go again”.

Bernard Cauquil (Team Aktid) is not giving up! He has accelerated since the Alps and is still behind in Porto after the checkpoint in Constanta. He is happy to show that his incredible solar bike can compete with the velomobile when the road is not too flat. He should not arrive in Lyon more than 3 days late. A champion. 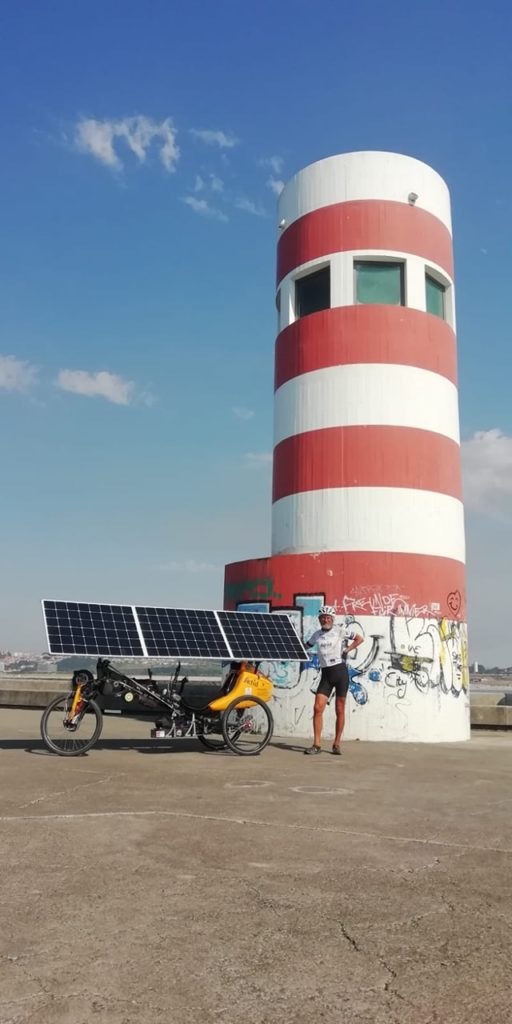 5th of the Sun Trip 2018, the Belgian Herman Segers confirms his regularity on this 2021 edition. He passed the checkpoint #5 in Porto at 20h30, still in 4th position. The finish line is not far away!
Interview: thesuntrip.com/herman-segers-interview 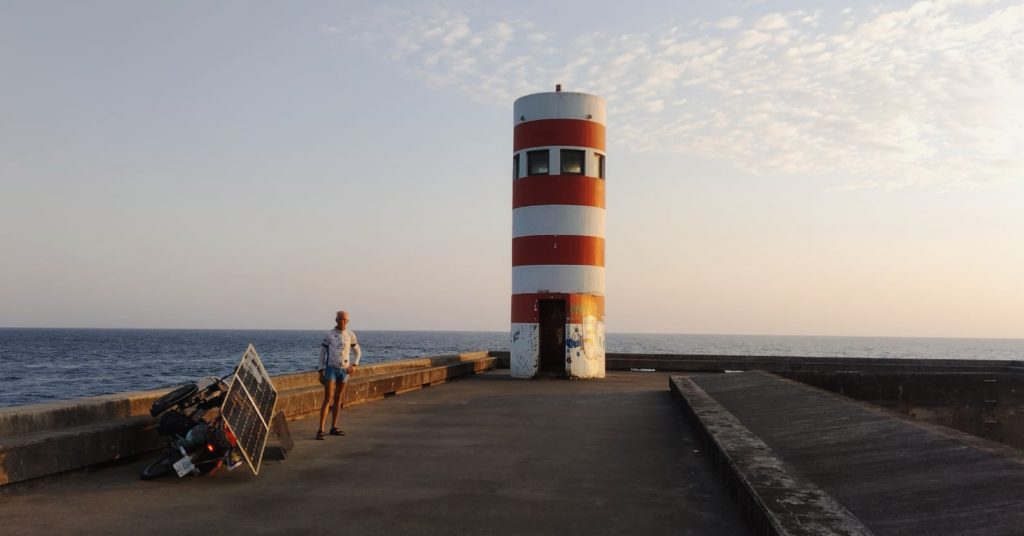 17:30: Michel Bertet arrives in Porto. He visits his family near the point, before resuming the last stage. 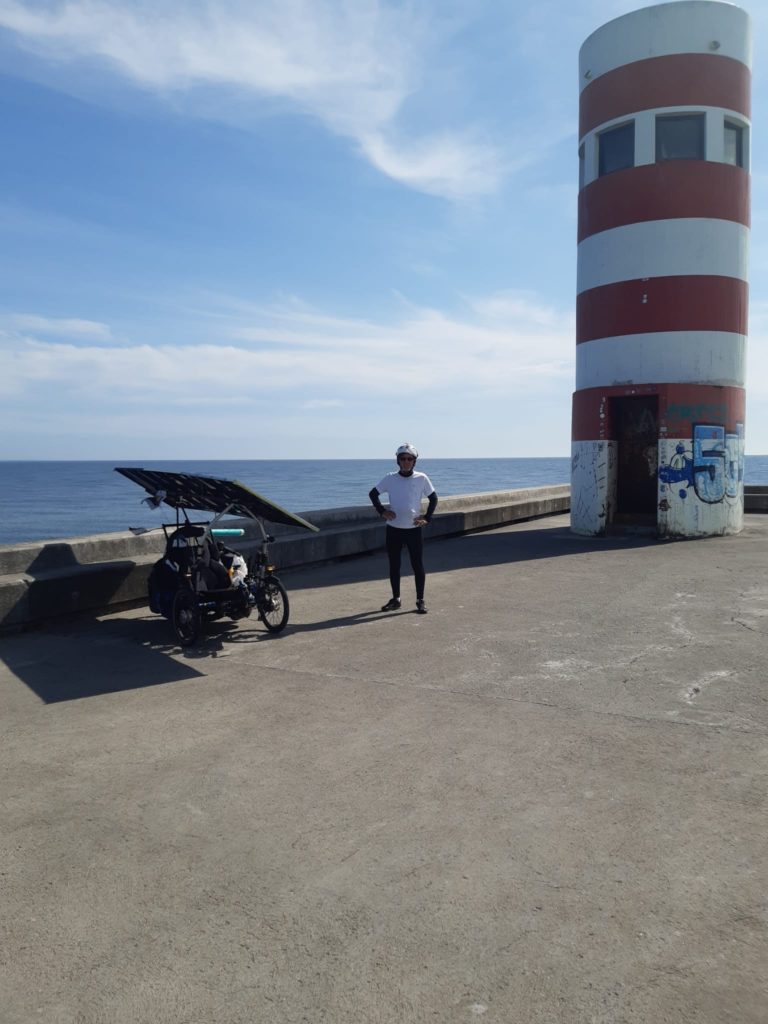 Primin, Gery and Baudouin arrive at the farolins da barra do douro around 9.30 pm.

Patrice Plozner reaches the Porto lighthouse, last checkpoint before the finish line. Fog and more fog as he passes, but he is pleased with his experience on his final days. “I do this for the environment, the encounters, the discovery of cultures and the people who preserve them. Just one look in the rear-view mirror and I am filled with joy and satisfaction! A second source of energy”. 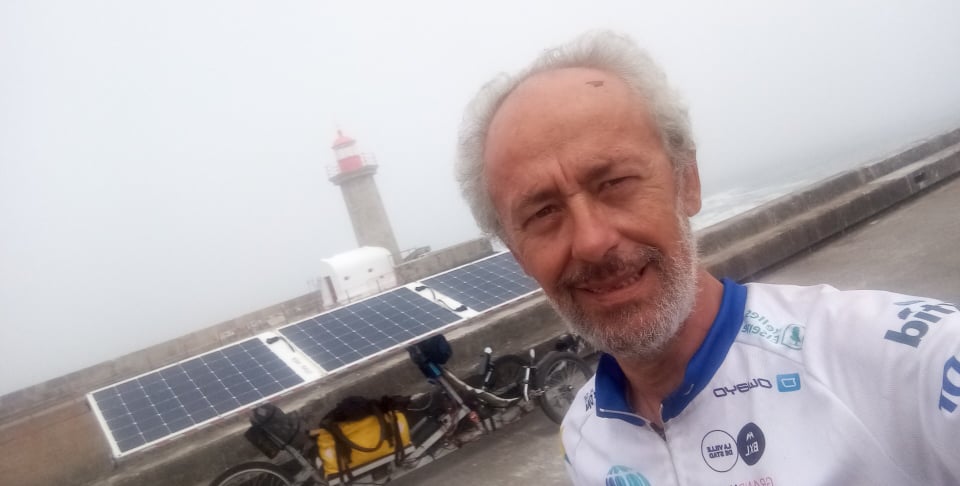 Dirk Huygue arrives at the checkpoint in Porto. Still in good shape, he is now getting ready to hit the road for his last stretch before the end of his 4th big Sun Trip. 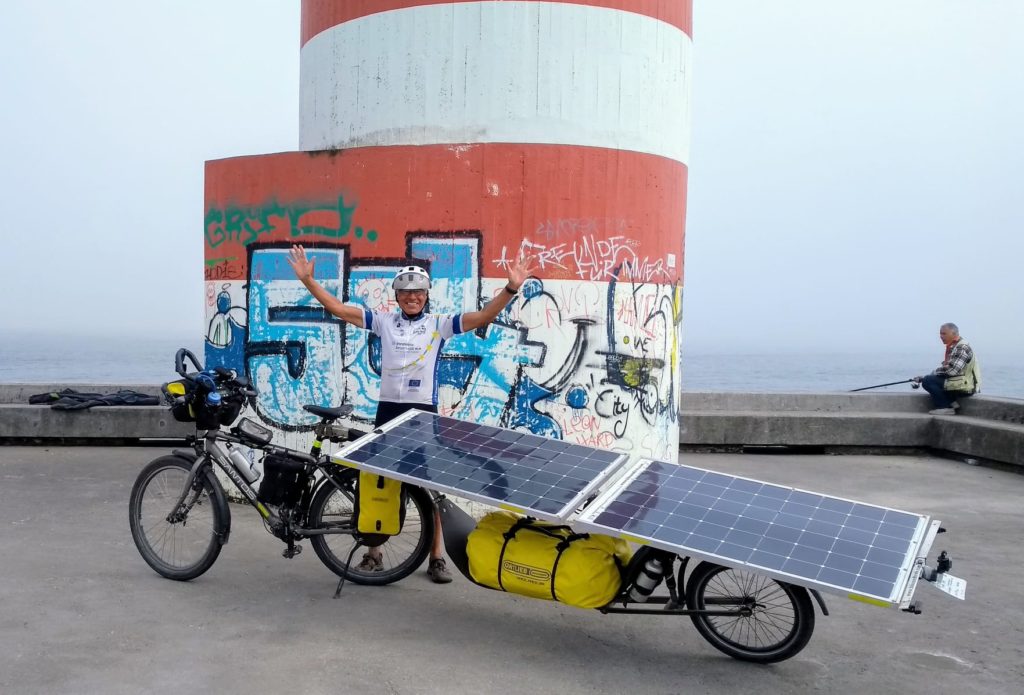 Arnaud Negrier passes the last checkpoint of the adventure, in Porto. We congratulate him for his determination, especially following his technical mishaps as he tells us in video. 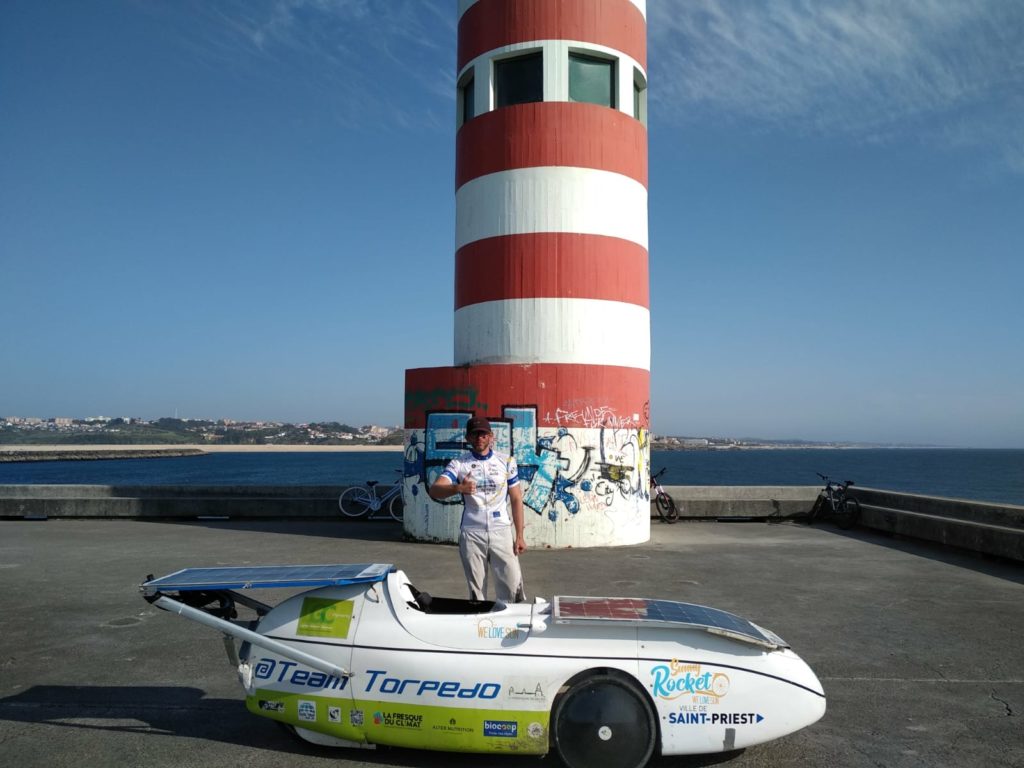