The Sun Trip is a showcase for new forms of mobility. Each adventurer is an ambassador of solar energy and eco-mobility, proving their efficiency and their humanist dimension.
Follow us
Sun Trip , Sun Trip: the world on solar bikes!
EN FR
Relive ST Alps 2022
Blog

2nd article of this series, now we get to the heart of the matter. You’ll find here the pictures I take with my digital camera when I’m driving, my phone being used to take pictures of “everyday life”.

As I’ve been dragging my feet a bit, these first countries will be passed by quickly, so as not to have too many gaps in the future. I promise, I’ll try to stick to it (but let’s say I have other things to do 😀 )

First of all, Belgium! 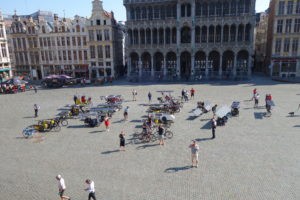 Here is the group of bikes that will start a few hours later. Photo taken from the balcony of the town hall on which the mayor allowed us to climb. Before the victorious return of the Devils (I admit I haven’t watched a single match yet ^^) 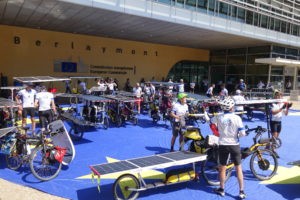 And here they are in front of the Berlaymont, where we were able to show them to Frans Timmermans, Vice-President of the Commission. 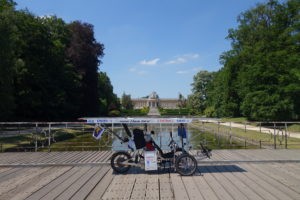 And here we go! Small stop in the park of Tervuren. This will be the last picture taken in Belgium… before the return trip 🙂 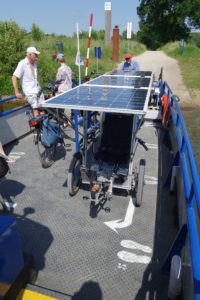 The only photo taken in the Netherlands. A small ferry is used to move bicycles and pedestrians from one side of the Meuse to the other. The captain of the boat took a photo too, having never loaded such a thing on his boat. I must say that I didn’t think it would pass either ^^’. 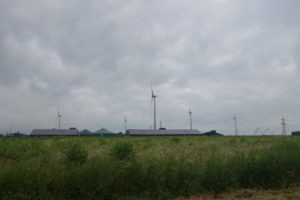 Here we are in Germany, with 3 components of the Energiewende in one photo: Solar, wind and methanisation 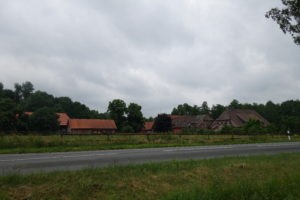 A typical farm of the regions we pass through. The landscapes are rather monotonous: fields surrounded by trees, all on almost flat ground. 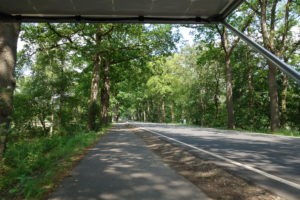 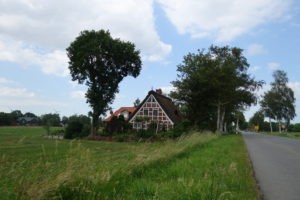 When you go north, the architecture changes. And it is not uglier 🙂 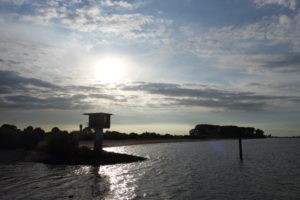 Here is a view of the Elbe, which I will cross the next day on a ferry…

… but not with the same weather :/ 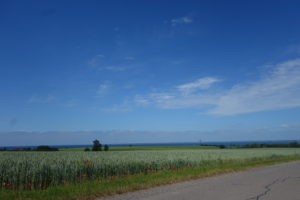 Fortunately, the weather will have changed the next day. Here I arrive at Femharn Island, which I will access via a bridge (which I did not take pictures of, being caught in the flow of car traffic, my bike not passing the gates of the cycle track). 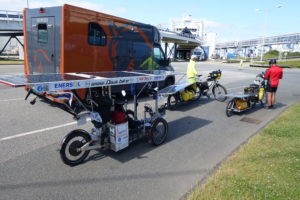 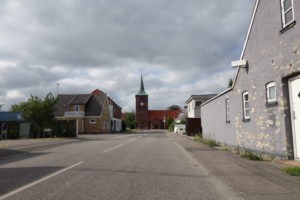 I thought I was arriving in a fairly rich country, but I guess some areas are more neglected than others. Which seems to be the case for the islands south of Copenhagen… 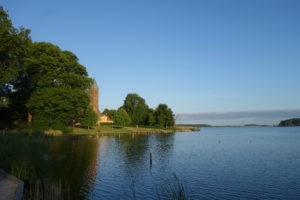 There are some nice places though 😉 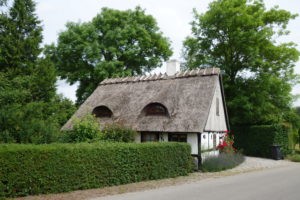 And along the small paths, you sometimes come across some rather pretty traditional houses. 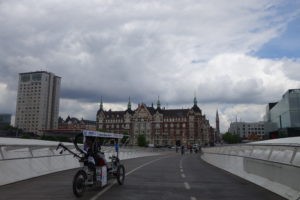 Photo taken in Copenhagen, the capital of cycling! 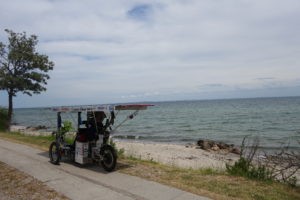 And here on the coast to the north of the city, which with the weather of the day had a little Mediterranean air (and in terms of wealth, the contrast with the south is quite striking) 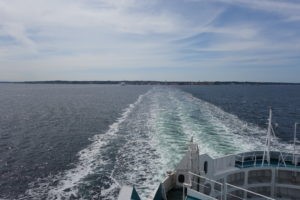 And here is a last view of Denmark before I arrive in Sweden.

Next episode (which will be shorter, I promise 🙂 )