The Sun Trip is a showcase for new forms of mobility. Each adventurer is an ambassador of solar energy and eco-mobility, proving their efficiency and their humanist dimension.
Follow us
Sun Trip , Sun Trip: the world on solar bikes!
EN FR
Relive STE21 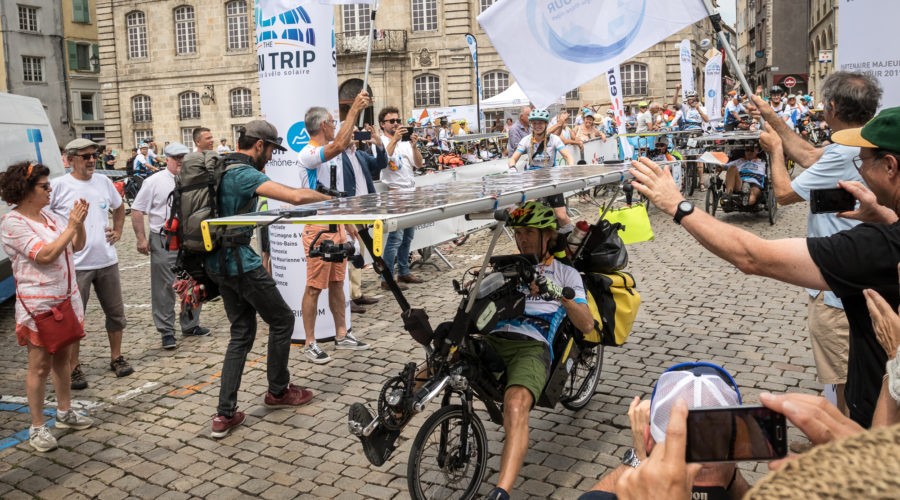 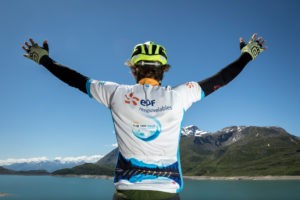 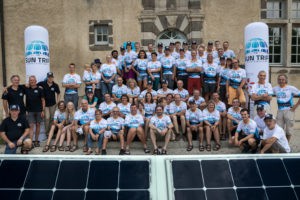 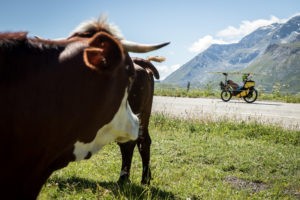 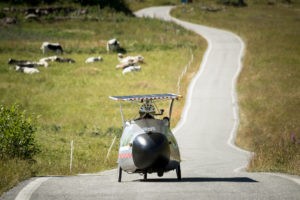 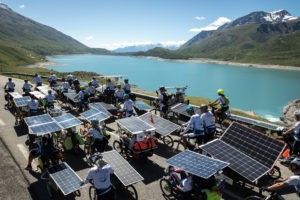 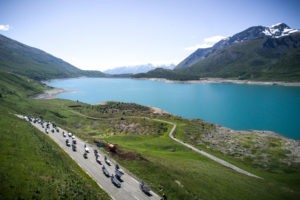 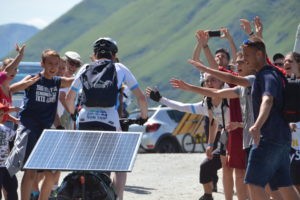 For two weeks, participants aged 4 to 72 traveled the Auvergne mountains and the Alps up to a 2770 meters altitude promoting soft mobility and solar energy everywhere. This project was made possible thanks to the support of many people, stage-cities, private and institutional partners.

This year was sublimated by Zepellin, a photo/video reporting agency. Bruno, Julien and Sammy covered the 15-day adventure, supplying images to our broadcasting partner Geo.fr.

The Sun Trip Tour 2019 took place from July 6 to 20. Its route consisted of 8 stopovers, always with the freedom of itinerary between each point. In total, participants would ride between 1,200 and 1,500 km, with a total positive elevation that exceeded 35,000 meters for the most daring!

We had a big start with more than 50 solar bikes which is a record for a Sun Trip event. Participants set off towards the Auvergne mountains by way of introduction. It allowed some warm their machines on the superb ascent of Pas-de-Peyrol before the group gathered for a dream campsite around the Cascades Lake.

A near-full crossing of Auvergne massif under a bright sun: a series of scenic landscapes and passes with various levels of difficulty. They reached the

famous Vulcania park. We saw no forfeit then, all participants seemed happy.

Back on more flatter terrain with the longest leg towards Divonne-les-Bains! In a a little more than two days, participants needed to ride no less than 400 km. There were the first technical issues, first dropouts as the slightly cloudy weather complicated solar recharging, this stage was hard, so much that some did not reach the stopover. Luckier participants gathered for a 2nd collective camping on the city’s nautical base. Meet the rocket of this event: Bertrand Touzet and his velomobile.

The solar bikes pack made a stopover in Switzerland, downtown Geneva. It was an opportunity to highlight the many Swiss teams involved. They returned to France using the greenway connecting with Annemasse. Participants then went up the valley to Chamonix. A transitional stage.

The Chamonix stopover then stroked the first blow but took participants on some of Savoie Mont Blanc’s most iconic roads by the Saisies Pass, the Cormet de Roselend (and its large dam) or the Iseran pass towards the Haute-Maurienne-Vanoise plateaus.

Beyond any performance, the Sun Trip Tour has been designed to make the high passes accessible to a larger audience. In this sense, Stéphanie’s emotion in the Cormet de Roselend ascent is a perfect example! All is said !

EDF – A Partner of Adventure!

Unprecedented in the Sun Trip’s history, EDF signed several teams in the adventure. Teams were made up of employees from different branches and subsidiaries, notably EDF Renouvelables, CIH, Hydro Alpes and Photowatt. 15 employees took part in the event, making detours to visit some of the hydroelectrical installations!

Val Cenis was a highlight stopover, with local activities at the CIS de Val Cenis and a movie screening that gathered nearly 200 people. On this only rainy day, it is pure luck that not a single participant was still riding! Thanks to the excellent work of the Haute-Maurienne-Vanoise Tourist Office and Maurienne Tourisme, adventurers were then able to ascend the Mont Cenis pass on a closed road, as a festive pack. Their determination was then at trial on the Italian roads around Pinerolo, especially on the terrible Finestre pass. Suntrippers on top of the world.

Coming back to France, many went to the immense Agnel pass – the 3rd highest pass of the Alps. Clouds were complicating the already difficult task, in particular for Jean-Louis Machado, an adventurer with a disability and one of the stars of the event. Emotions guaranteed! 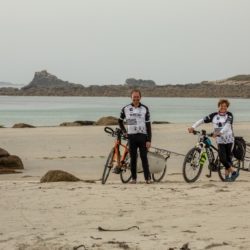 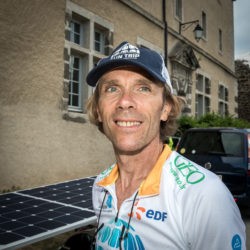 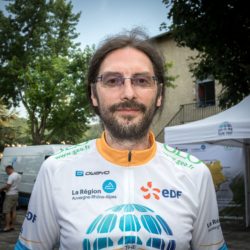 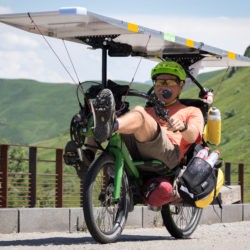 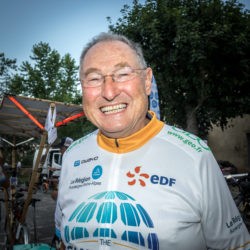 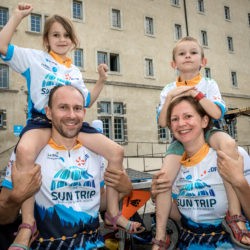 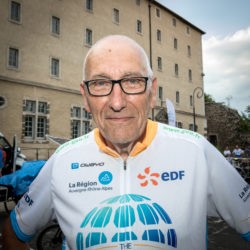 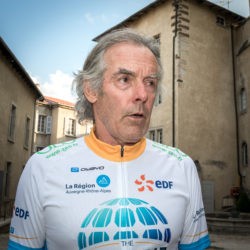 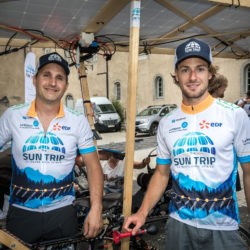